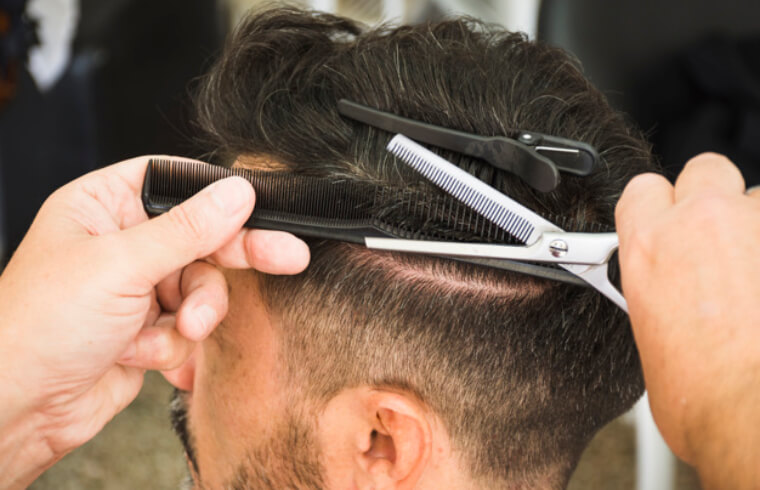 The Maharashtra government gave salons a green signal to start operations, after being shut for over three months. A 52-year-old barber, in Kolhapur, decided to celebrate this news in a very unique manner.

Unique form of expression
“We somehow managed to cope with the situation. Since the state government has now permitted reopening of salons, there was overall happiness on the faces of my fellow salon owners and I decided to express it in a unique way. I used the gold scissors to cut the hair of my first customer just to express the happiness my trade people are experiencing and to celebrate the reopening up the business” the 52-year-old barber said.

He added that he used his previous savings to buy the pair of gold scissors weighing ten tola. He said the scissors made from precious metal are in great demand at mundan ceremony of newborn babies.

The salon owner said that he is taking the necessary precautions, as mandated by the government, while providing services to his customers, such as wearing face masks and sanitising hands regularly. He added that the seats are sanitised before and after the customers use them.

Fair out, Glow in!

Dubai waves a green flag for reopening of spa services

What’s Buzzing In The Hair Colour Aisle For...

A road less travelled! The iconic journey of...

Get to know Rama Gosai Sandhu –...