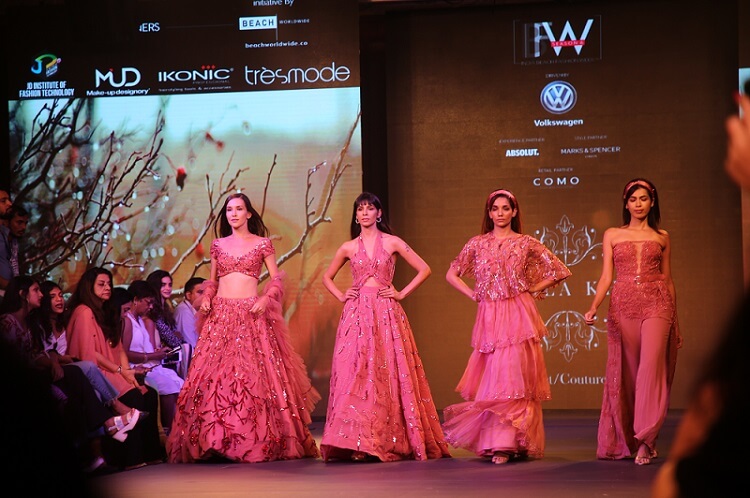 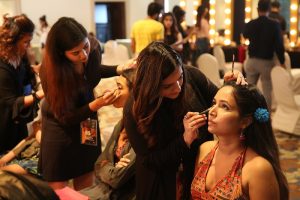 The runway of India Beach Fashion Week (IBFW) offered an explosion of colours and textures to recreate this season.

India Beach Fashion Week Season 6 culminated in Goa with a full spectrum of mesmerizing mane and makeup looks that can make you shine under the sun and sand. Been inspired by this season’s swing, the backstage team crafted a mix of hair and beauty looks to match the aesthetics of the designs on the ramp.

Having partnered with Ikonic Professional for hair; and Make-up Designory Cosmetics (MUD) for beauty; IBFW was a two-day affair of feminine and understated looks. Acclaimed hairstylists Bina Punjani and Gourav Bhardwaj were leading the backstage team for Ikonic Professional. They worked on designing a sultry and relaxed mood board, ranging from carefree, tousled locks to polished ponytails to textured waves and to side braids with mohawks.

“The season was all about different textures and lots of colours. The styles varied from ponytails to beach waves, depending the designers brief and clothes. Like for the opening show by designer Anupama Dayal, the theme was Equal Love – means no gender, so idea was to make everyone look confident and beautiful, hence we did different hairstyles on all the models,” said Gourav.

Describing Asif Merhcant’s runway look, Gourav shared, “Asif is known for his class and creative approach, so we did cornrows braid on both the sides with volume in the centre.”

Beauty by the bay

In the beauty department, MUD India took the charge with fresh-faced illumination and fruity colours on the lips. For LGBTQ show, they created rainbow dots around the model’s eyes for the extra touch of creativity..and then the runway also had the elements of glitter and sheen to give the models to an otherworldly beauty.

Other fun-flattering look on the runway was of Ken Ferns. The designer experimented with a quirky range of headgears and accessories, which was complemented with a low ponytail and a dual lip colour running through centre of the lips.

Less was definitely more for Varun Bahl’s show with the model’s hair gelled back in the front and straight at the back. While for the designer Gabriella, the backstage team created perfect, tousled beach waves. “For Gabriella, we did beach waves using tong and opened all the hair backstage right before the final walk so that we can have voluminous textured wavy hair,” concluded Gourav.