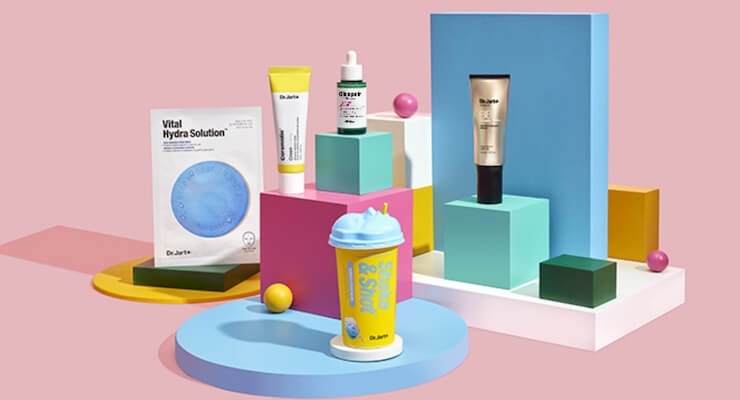 The cosmetics giant, Estee Lauder Cosmetics has acquired the Korean Beauty brand Dr. Jart at a price of about $1.1 billion

Estee Lauder Cos. has agreed to buy two-thirds of Have & Be Co., the South Korean owner of Dr. Jart+ cosmetics, that it didn’t already own for about $1.1 billion, its first acquisition of an Asian beauty brand.

K Beauty giant – Dr. Jart
Founded in 2005 in Seoul, Dr. Jart+ sells moisturisers, masks, cleansers and serums under names like Cicapair and Ceramidin and will draw revenue of more than $500 million this year, Estee Lauder said in a statement.

Estee Lauder Companies first Asian takeover
The deal, which is expected to close next month, marks Estee Lauder’s first acquisition of an Asia-based business. However, the two companies are used to working together. Estee Lauder made a minority investment in Have & Be Co back in 2015, but will now acquire the remaining two thirds of the Korean business. It would rank in the top 10 largest brands owned by Estee Lauder. Tom Ford, Jo Malone, Bobbi Brown and Aveda each do between $500 million and $1 billion in annual sales, the company said at a shareholder meeting last week. Estee Lauder has added Too Faced and Becca, among others, to its stable.

Dr. Jart’s valuation
While the cosmetics giant was among the final bidders for the millennial and Gen-Z skincare brand Drunk Elephant, according to Women’s Wear Daily, but lost out to Japan’s Shiseido Co. Have & Be also owns the men’s grooming brand Do The Right Thing. Estee Lauder first bought a stake in the company at the end of 2015. The current transaction is expected to close next month. Have & Be’s enterprise value is about $1.7 billion
Since it was founded by CEO ChinWook Lee in 2005, it has gained a cult following among beauty-lovers for its high-performance moisturizers, masks, cleansers and serums. The brand is currently sold in stores or online in more than 35 countries globally.

Keeping to her legacy, Danielle Lauder to soon launch her makeup collection