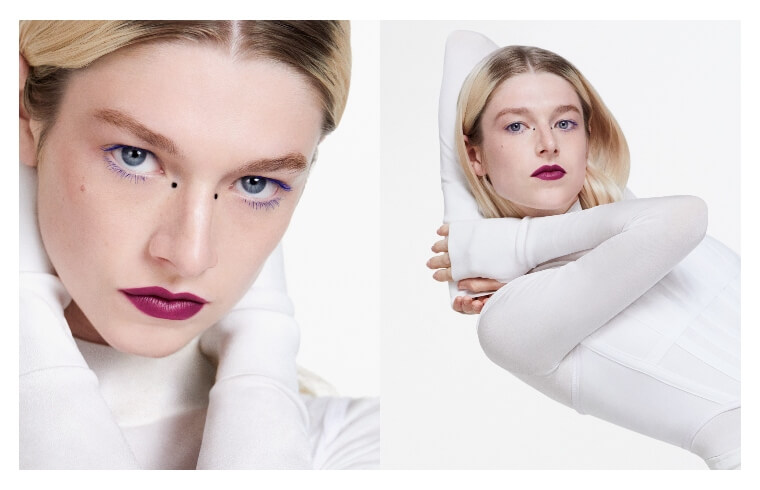 Shiseido believes in the idea that beauty comes alive when inner and outer beauty are in dynamic harmony. Nobody embodies this concept better than Shiseido’s new brand ambassador, actress and artist Hunter Schafer. Known for her debut on HBO’s Euphoria, this multifaceted Generation Z inspires, ignites change, and transcends boundaries by celebrating individuality on and off the screen.

Hunter Schaffer
Able to shift seamlessly from one artistic avenue to the next, Schafer initially expressed herself through watercolor, collages, sketches, comics, photos, and essays. This caught the attention of Rookie magazine, which ultimately led to a contributing artist job at the age of 15. While attending the University of North Carolina School of the Arts in 2017, she was named a finalist in the National Young Arts Foundation competition, an organization that identifies and supports the next generation of artists. That same year, she earned a coveted spot on Teen Vogue’s 21 Under 21 list. As Shiseido makeup’s newest Global Brand Ambassador, she will make her first appearance in her first brand campaign beginning in 2021.

Insights from Shiseido
Schafer also walked runways for Dior, Rick Owens, Marc Jacobs, Miu Miu and many more before segueing from the catwalk to TV in 2019, wowing audiences worldwide in Euphoria with her portrayal of transgender teen Jules Vaughn. “Similar to Shiseido, Hunter is both modern and timeless,”says James Boehmer, Global Artistic Director for Shiseido Makeup. “She continues to write her own narrative, which is what we encourage people to do with makeup. We are so thrilled to collaborate with someone as creative, expressive, and authentic as Hunter. She really represents the current zeitgeist of beauty in that there are no rules, no boundaries, and no restrictions.” With her luminous complexion and incandescent spirit, Schafer epitomizes light that lifts from within.

Schwarzkopf is back with Global Masters

Will eye makeup take the centre-stage this festive...