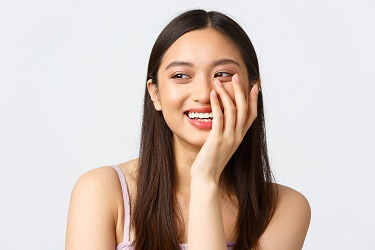 As Asia’s fourth-largest economy, South Korea is one of the world’s top exporting nations. In addition to car and electronic exports by conglomerates such as Samsung, Hyundai, and Kia, South Korea also contributes to global cultural exports. Hallyu or the Korean Wave refers to the global popularity of South Korea’s cultural economy exporting pop culture, entertainment, music, TV dramas and movies. K Pop and K fashion have promulgated across the world and the next big trend coming out of this Asian nation is K Beauty.

According to a survey on the global popularity of South Korean beauty products in 2020, 43.1 per cent of respondents said that K Beauty or Korean beauty products were popular in their country. K Beauty has been widely known, popular and the demand for these products have been high. Driven by the country’s high standards in beauty, the K Beauty market is constantly innovating and developing new products, and evolving to satiate the high global demands.

What is K Beauty and why is it so good?

K Beauty is an overarching term used for skin-care products that originate from South Korea. The trend has gained much popularity worldwide but is especially sought after in East Asia, Southeast Asia, South Asia and the US.

What makes K Beauty so popular is its focus on health, hydration, and an emphasis on brightening. South Korea has a long history of beauty and this is part of the reason for K Beauty’s excellence. In fact, cosmetics in Korea focus on good skin over other attributes – culturally, beauty marked by healthy and natural skin was considered a sign of modesty and prudence, which reflected true inner beauty – a theme that continues to guide K Beauty.
Traditionally, during cold winters, people would often apply lard to soften and protect their skin from getting frostbites – such practices were passed on through generations and continue until today. Korean women often preferred looking natural by using light amounts of natural makeup, instead of thick makeup as was common in other parts of Asia such as Japan and China. Also, traditionally Koreans only used natural and gentle ingredients to create clear, glowing, bright skin – a habit that makes K Beauty products popular today. Finally, despite extensive research, the pure, gentle, and natural ingredients, and the fresh formulations, K Beauty is affordable and reasonably priced!

K beauty products use gentler formulas mostly because of the Korean tradition of using non-harsh and natural ingredients. The ingredients can include unusual substances such as snail mucin and bee venom whose fresh formulations deliver astounding results in skin care. K Beauty products can also include ground mung beans, which were popularly used to make soap for facial washes and baths due to their exfoliant properties and high vitamin E content; rice which was traditionally used to make scrubs along with sea salt for cleansing and toning; ginseng which has antioxidants and anti-aging properties; green tea known for its medicinal properties and used for detoxifying and calming; turmeric used against ageing, and many others.

K Beauty products emphasise on creating smooth and supple, bright and natural, and near-perfect skin that needs minimum makeup. Traditional Korean culture’s emphasis on being your best self has trickled into the philosophy of K Beauty which is perhaps why the world loves it!

What does business look like for the beauty hair salon industry in 2021-22?

Dr. Navnit Haror, One Of The Luminaries In...

Dr. Navnit Haror, One Of The Luminaries...