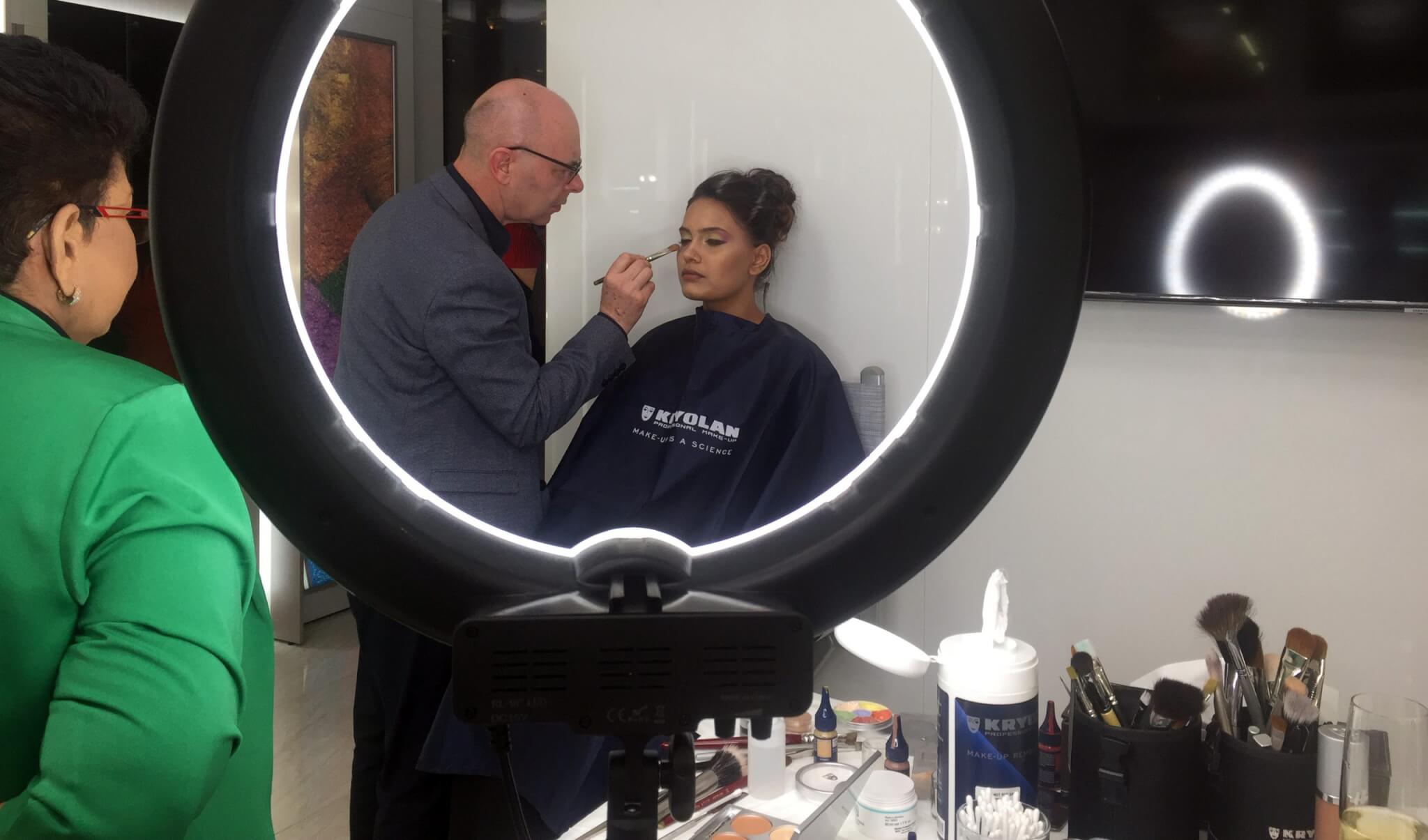 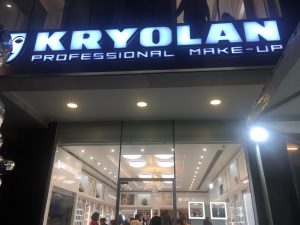 Introducing a new store design, Kryolan shifted its base in Mumbai to another store in Bandra.

The Kryolan store in Bandra is a must-know address for make-up professionals as it houses almost all of the brand’s ranges and its training centre, too. After having served the industry for so long, the Kryolan decided to gave its store a makeover. It relocated its flagship shop to a bigger space in Bandra itself, giving its customers a much-valued continuity. The store was thrown open to customers on 15th February with an informal look-and-feel event. As the store opened in the morning, it saw an influx of regular customers and patrons of the brand. Evening time saw media personnel and well-known names from the industry such as Natasha Nischol, Founder, fat mu make-up academy, and Nalini Kalra of Christine Valmy academy make their apperance.

The new store, which stands on a company-owned property, is tastefully done up in white. It has display racks and make-up stations on the ground level, along with the payment counter and admin desk. The elevator will take you to the first level that houses the Kryolan Academy, which holds around 10 make-up stations. Both the store and academy is spacious and fully equipped. It has almost all the SKUs relevant to the Indian market. The Academy is dedicated to advanced trainings and courses. The store staff comprises trained make-up artists who are not only aware about the products and technology at Kryolan but are also skilled at giving demos.

The launch event saw international make-up artists creating stunning looks on model using Kryolan product ranges. They were joined in by their Indian counterparts as each of them explored a different genre in make-up, from bridal to evening wear and from party look to prosthetic make-up. This afforded the customers a chance to understand how Kryolan products work and the limits of creativity that one can explore with them. Also present at the occasion were members of the Langer family, who run the family-owned business. Kryolan was established in 1945 by Arnold Langer, a visionary leader who passed away last year.

Kryolan has a manufacturing unit in Chennai, which makes each product from scratch as is the tradition of the brand. Chemists and formulators from Germany regularly visit the factory to keep a tab on the production process. The brand is currently well-established in the Germany, US, Poland, and India, and is widely known and appreciated acrosst the world. With the big move to its new and lavish store in Mumbai, Kryolan sends out a clear signal of its expansion plan in the country.

Bridal hair trends from down South