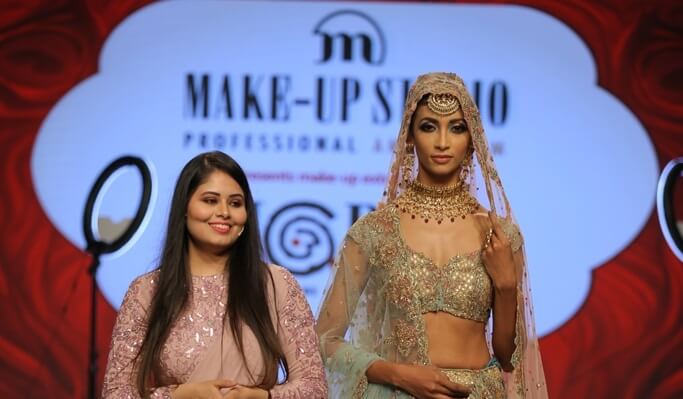 The atmosphere at Hotel Eros, Nehru Place, New Delhi, was electrifying as Make-Up Studio unleashed this season’s make-up trends to an excited audience with MORPH 2018. It was conducted by Make-Up Studio Training Center (MSTC), the training arm of Make-Up Studio.

MORPH presented power-packed performances and transformations by make-up experts and students of MSTC. The show presented some of the most advanced techniques of make-up onstage, creating out-of-the-world looks on the models. The show was an indication of the calibre of Indian artists and the future of make-up artistry in this country. 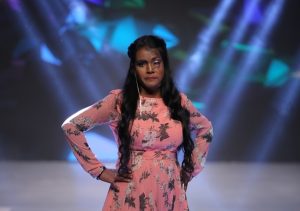 Doing make-up for professional models is cakewalk. At MORPH 2018 a bigger challenge was taken on. The show had five acid attack victims walk the ramp. It should the undaunted spirit of these women who have not let the horrific act scar their souls. Their inner radiance reflected in their confident walk and winning persona that shined through like a glittering star.

Designers and brands such as Riple and Harpret Narula, Harnish Bajaj, Indu Fashions, Jewel Street, and Amadi Couture contributed outfits for the models.

Makeup Studio Managing Director, Ravi Mittal, said, “The idea for Powerwalk was to show that if these women can do something as daunting as walking down the ramp in front of so many people, there is nothing that they can’t overcome. One of the purposes of organising the event was also to make people meet these brave women who have triumphed over all odds.

Celebrating 9 years
MORPH 2018 also marked the completion of nine successful years of Make-up Studio Training Center. The event was organized by Mittal and Rienk Koopman, founders of MSTC. It was put together by the faculty and students of MSTC. The best of talents from MSTC showcased their craft in front of over 300 guests that consisted of the who’s who from the make-up industry. The show was attended by leading socialites, celebrity make-up artists and professionals from top salons all over India.

In his welcome address, Mittal said, “When we brought Make-Up Studio to India, the market had never experienced anything like it. The efficiency of the products was quite a revelation for professionals and their customers. It brought about a revolution in the professional makeup industry. The improved results meant improved business for salons. At the same time, the innovative products warranted improved knowledge levels among the professionals. To help them, we started conducting training sessions for them. That is how the idea of a training school germinated and MSTC was born. Apart from courses and classes, we keep conducting seminars, workshops and shows all across country to train the new and practicing professionals. MORPH is a part of the same process. Such occasions allow us to discover the undiscovered.”

Echoing similar sentiments, Koopman added, “When we launched Make-Up studio in India, we were not sure how it would be taken by the professional market here. It was an untested and virgin territory for us. But the way the market welcomed our products was overwhelming. We were pleasantly surprised. It was as if India was just waiting for us. It’s hard to believe that it is already 9 years old. It has created experts in the field. What makes me proud is that it has created a community of makeup artists united by MSTC as their alma mater, a trendsetting community that keeps in touch and discusses the craft and the latest techniques of makeup.”

The show kick-started with two onstage make-up demonstration by international trainer Paddy Mcgurgan and another one by Avleen Bansal, Technical Manager, Make-Up Studio India. Following are few of the looks that were created at MORPH 2018.

The highlight of the show was Grand Finale that showcased 18 unconventional looks on themes like Fantasy, Fashion and Bridal. A final ramp walk by 21 beautiful models along with 5 acid attack victims mesmerized the applauding audience. The vivid imagination, brilliant artistry and unmatched techniques on display on stage at the show reiterated the credentials of MSTC as one of the best make-up schools in India.

How to build a beauty brand in...