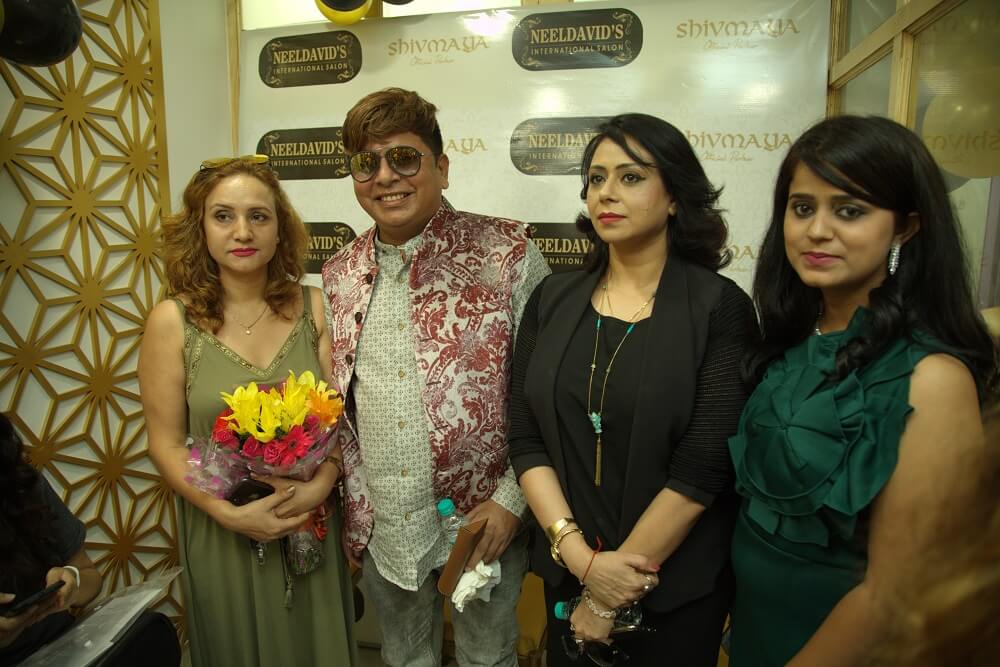 Neeldavid’s Salon of Hair and Beauty has added another location to its chain – Lajpat Nagar II, New Delhi. Owned by Neeldavid Katwal, who hails from Kathmandu, Nepal, the chain has outlets in both the countries. In India, the brand has 50 doors across 10 cities. Newer establishments are in the pipeline in Thailand and London. Katwal is an internationally certified hairstylist who is known to cut hair with blindfold on. At the launch of his new salon, he amazed the audience with his blindfold act. He also showcased latest hairstyles and trends during a specially curated hairstyling session at the event.

Commenting on the launch of the new salon in the heart of New Delhi, Katwal said, “Our endeavour through opening new salons, including this one, is to reach out and transform our client’s look – making them feel and look good and fashionable. Also, what sets our salon apart is that we have science-based styling and not product-based one. Just like our earlier salons, the new salon will reach out to the masses with quality standards.”

Make-up and hairstyling have always been Katwal’s forte. He is confident that the new salon will create immense footfall. “It is a successful business model, which is rapidly expanding with positive feedback from our master franchise Shivmaya.” Katwal and Shivmaya intend on reaching the count of 100 outlets by the end of 2022.

Salon Industry Masks Up For The Third Wave...

Discounting and snipping prices lowers the value of...

Is ‘salon on wheels’ a growing phenomenon in...

‘Break the chain’ campaign brings resentment in the...

Salon Industry Masks Up For The Third...