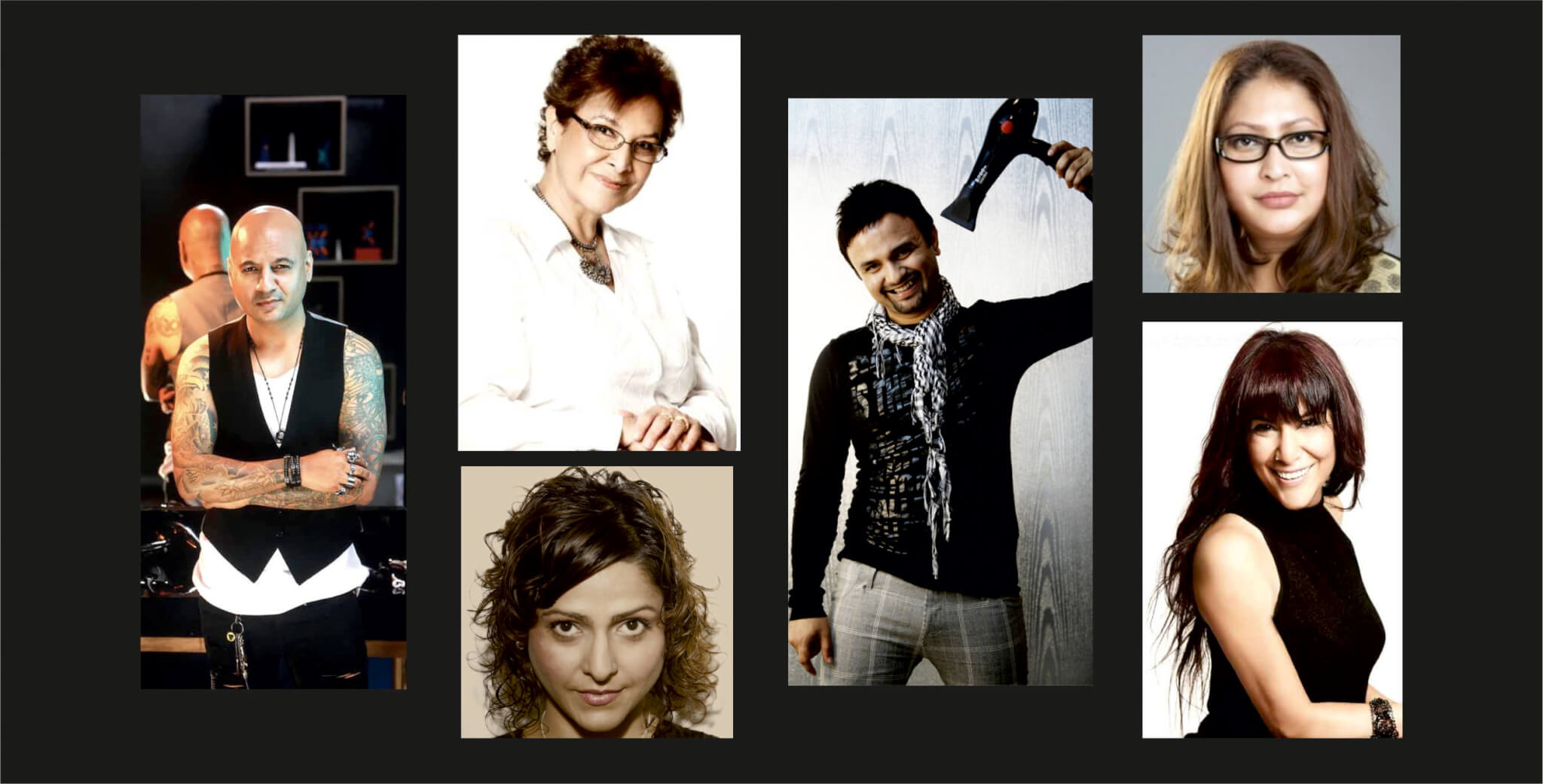 Top Mumbai salon owners take to Facebook to voice their concerns about the growing menace of poaching.

A few days ago Natasha Naegamvala, Creative Director, Nalini of Nalini and Yasmin Salon, Bandra, posted a heartfelt message on her Facebook wall. She thanked her team and her peers as well as her iconic mother, Nalini Naegamvala, for the support they have extended to her during her difficult phase. She then went on to describe the problem she faced because of staff poaching. Her post was wholeheartedly supported by other industry pioneers such as Asha Hariharan of Beyond the Fringe Salons and Hakim Aalim of Hakim’s Aalim Hair n’ Tattoo Lounge.

In her post, Natasha said, “The hairdressing fraternity used to be a good, united industry, where certain understandable things were happening and it WAS taken with a grain of salt. We from the industry have never been unreasonable about this. For example, the moving of staff from one establishment to another. Or for that matter starting a salon of their own. This was a given and acceptable, too. In fact, it is completely an evolution we know and expect. And are at complete peace with it. What we do have an issue with is how they leave.

Things like clients following staff with them when they move salons, too, was understandable as the prerogative is the client. And most of us do empower our people to become strong capable stylists. The gamut of work in a salon can and will only increase if that were the case. But it’s when salons/stylists do things like directly reaching out to clients and lure them into their new place of work with things like lower prices etc.”

Given her experience and the position of a trailblazer that she and her mother command, Natasha understands how the evolution of the staff directly reflects on the evolution of the industry. However, it’s the methods that certain salons employ in luring staff and clients that is causing serious damage. She continues, “We aren’t sayin salons should not do their own activities and promotions. But recently, certain things like outright mass poaching, stealing of intellectual property and plagiarism should be unacceptable. Or even things like not being clear and honest about when they are in the process of starting a salon of their own and they do not disclose this to their present employer.”

“Some of us like-minded salon owners, hairstylists, and staff are in the process of trying to coming up with some ethical codes of conduct. Something like what one of us has recently said. She won’t hire unless she has a letter from the past employer and the notice of leave served. This sort of practice is the way it should! Appointments should be taken at the desk and via the salon not personally. This leaves some control with the salon as it is the salon, too, that supports the team. And there needs to be a mutually good and beneficial relationship between the salon, stylist and client.”

Natasha’s post met with an enthusiastic reaction from the fraternity. She had tagged a number of salon owners/hairdressers in her post, and almost all of them replied voicing their concerns.

Roopa Ambekar of Roopa Ambekar International Institute of Cosmetology wrote, “This problem is global – be it in the US, Europe or India. Very hard to fight alone. The solution is to close the skilling gap and create a code of conduct. Your proposal is simple, your direction is right and the timing as well. Professional code of conduct must circulate among the organised stakeholders first. Good to see industry leaders speak up for the betterment of our industry. It’s a much required transformation. Fully support your initiative.”

Avan Contractor of BBlunt Salons agreed, “Wonderfully said Natasha Naegamvala. Until now we had an unsaid code of conduct. It’s time to formalise and create more ethical fair practice for the betterment of the industry.”

Shon Elle of Shon’s Salon suggested, “What we need is a regulatory body in our industry. Like the film industry that have a governing body for  hairdressers and make-up artists, we, too, should have some sort of arbitrary body handling grievances from both sides. We also need a licence or maybe a card that will regularise the quality of people working and new salons that open should too have a certain criteria.”

Placid Braganza, Owner, Placid Hairdressing and Skin, opined: “I feel every word you say, having worked with you for close to a decade. I know how mom and you try your best to be as fair as possible to everyone, give opportunities to talents, to hard working employees and most often make people who they are!”

“’There needs to be a complete shutdown on people who practice unethical behavior such as stealing, cheating, prompting animosity amongst fellow employees, poaching, breach of contracts, etc’ – in the words of Hakim Aalim who so courageously fighting this and for all of us, too. The way I see it – the industry is growing but growing negatively with wrong people getting into the business with zero ethics. Most importantly their business module of fixing salaries and other expenses of running a salon seem unreal to make a profit or break even. So, the reason to run such modules of business is questionable. We wish to create a fair practice method of employee exits and other codes of conduct expected by both employers and employees. So, united we stand to eradicate unethical practices in our industry!”

There were many more such posts supporting the initiative to eradicate malpractices within the industry. Constructive criticism such as making sure salons provide proper documentation to employees, like salary slips, were also made.

“Having read all the posts of my young hairdresser friends who speak passionately about our industry, which is being affected by unethical practices that have seeped in, I request every like-minded salon owner and stylist to get together and make this a movement. We are affected by various forms of injustice being doled out to a fairly clean industry as I once knew it. Let’s be together and make it clean once again. If you were continuously wronged in your home, wouldn’t you take a stand? Dear salon owners, if you feel strongly about the wrongs being handed out over and over again such as:
1. Poaching
2. Stealing salon data
3. Staff taking the salon client and doing services at clients home
4. Taking the clients phone numbers
5. Stealing in any form”

She further added, “If you feel strongly about our industry and our business being protected, please come forward and make your comments. We need every salon owner to join us in this movement.”

Asha Hariharan adds to the momentum

Asha Hariharan was vociferous with her words about the issue: “By now everyone knows that there is a tremendous unrest amongst my close friends and colleagues. It all started with our industry icon Nalini and Natasha Naegamvala. A competitor decided to throw honour out of the window and wipe out the bare minimum team at Nalini of Nalini and Yasmin.”

She then went on to describe the struggle and hard work required to become a hairdresser and the sacrifices one has to make to start one’s own salon. The number of things you learn through trial and error, the time and money you invest in training you staff, the energy you spend in pampering your clients. It is then heart wrenching to see all your hard work walking out of the door.

She said, “Thank you Aalim for being our strength and by standing with us to bring to the forefront this unfortunate situation where stealing and leaving a salon in numbers or poaching has gained the momentum of being an EPIDEMIC!! Proud to be a member of the original gangster old timers – Kanta, Audhuna, Savio, Ryan, Natasha, Nalini, Yasmin, Avan, Aalim, Sapna and Placid. We never poached and we still stand for each other. Today, we are concerned and even a little disturbed and can’t understand the intensity with which people and stylists have gone so astray and dishonest. We are very clear of our focus. To share the way we operate. To help when one needs it. To endorse fair and ethical practices. To share and train willing young minds and talents. To protect our businesses and teams. And never to break under the pressures of unethical offenders no matter which corner they come from. A thief is a thief and we will hold onto each other because honesty and dignity is still in fashion!!!”

This thought process, which has now taken the form of a movement, was started by Hakim Aalim in an earlier Facebook post. It read: “As an entrepreneur, I believe in the importance of creating a safe environment for both employees and patrons. We have zero tolerance against anyone misbehaving, harassment of any kind, and unethical practices. There needs to be a complete shutdown on people who practice unethical behavior such as stealing, cheating, prompting animosity amongst fellow employees, poaching, breach of contracts, etc.”

“I personally want to make sure that our salons are somewhere more than just a place to get a haircut and our customers can trust us. I want to make it one of the best workplaces with a safe and healthy environment. We need to create a movement against such unethical professionals to boycott them from the industry. If you find anybody doing any kind of unethical stuff expose them after collecting all the proofs. Salon owners who poaches someone’s team is completely unethical, robbing any kind of salon data is a big theft and illegal. Breach of contract is completely unethical and illegal. Such people should be exposed and boycotted.”

“We are all here to work for the Industry and to make It a safe & better place for everyone,” Aalim concluded.