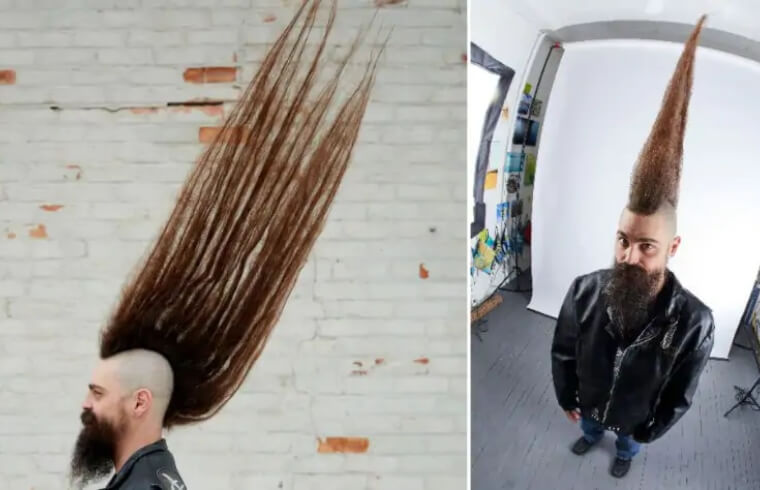 Adding a new page in the Guinness World Records 2021, Joseph Grisamore creates a record-breaking tower and here’s how!

By soaring to newer heights with 1.08 m long Mohican Mohawk, Joseph Grisamore becomes the holder of World’s tallest full Mohican Mohawk title. Joseph has been an essential worker at a healthcare facility in Minnesota. Becoming a Guinness World Records title holder has become a silver lining for him in the midst of these difficult times.

Back in 2007, Joseph aimed to break this record but he was too afraid to shave the sides of his hair, which is required for the record attempt. After being inspired to try again, he needed to start from scratch due to his hair becoming too dreaded – so Joseph regrew his mane and actually managed to have it reach the length of four feet in just seven years!

One of the most surprising elements to Joseph’s hair is that it actually does not require much maintenance. In fact, he doesn’t even use that much hair spray to keep it up in its full Mohawk position!

Load your carts with these new makeup launches!

What’s Buzzing In The Hair Colour Aisle For...

A road less travelled! The iconic journey of...

Get to know Rama Gosai Sandhu –...